One of the most important things of any type of musical composition is structure or layout. I am very experimental with my music productions but for listening purposes songs should have a structure. This doesn’t mean that you can’t spice things up and experiment but you can’t lose focus of a solid beat structure.

Hit songs typically follow a common structure. With EDM that is no different. With electronic music production it is very important you create a structure for your tracks. This will allow you to properly build up the track and give it the needed energy of an EDM song. It will also allow you to create the all important breakdown aspects of EDM.

So now that we know some of the common elements we can start laying out an EDM song.

First you have your Intro. The intro of an EDM song often works really well with just drums and percussive elements. This allows you to build into the song and hit the listener with hard hitting synths later. The most basic of intro might consist of just kick or kick and snare. While this can be effective you can also experiment with other percussive elements in the intro of your track.

Experiment with different lengths and volume pans in your intro. It is common to have anywhere from 4 to 16 bars throughout your intro. Another common trick is to slowly fade your volume in using automation. This will allow you to gradually introduce the drum beat as you fade it in…while not always necessary it can be a nice effect.

From here where you can go is endless.

I like to move into what I call the first variation. This will include the intro drums but it will also start introducing other elements of the track. This can include the bass line, synth parts, more percussive elements or even vocal samples.

From here you can go into break. This is usually a nice pad or part of your synth part as the drums drop off. It is common for this first part to be 4 to 8 bars long. One common way to do it is to drop out the drums and some of the harder driving elements of the beat. Then you can add elements back in as you build into the next part of the song and come out of the break.

The next part is what I call the second variation. This will be similar to the first variation with new parts added in. This is why I call them variations. This will allow you to keep the structure of the track without being repetitive.

Next you have your breakdown. This is similar to the break but now you are building up to the peak of your song. You want to break the track down taking out the drums again and usually the bass. Your breakdown often starts atmospheric and progressively builds into the main hook of your song which will peak at the end.

Coming out of your break you really want to build things up. You can use snare runs and progressively add instrumental elements to build things up. Another thing to experiment with coming out of the break is a small silence right before bringing the main hook of the song in. This can really give you a big impact when the main part comes in. You can also experiment with a big hit or impact coming in when the main hook drops. This can give that almost explosion feeling that really adds energy to the track.

To  finish an EDM track you can do a number of different things. With EDM tracks I really like to fade them out. Any easy way to do it is to fade your main hook out slowly to the end of the song. Another way to do it is to gradually take things out of the main hook and fade the volume down until the end. While the first method is easier the second method typically sounds better.

Hopefully you now have a better understanding of how to structure a EDM song. Just remember that creating music is an art form. There is no one size fits all structure for every song. Be open minded in your approach and experiment with different things. EDM tutorials like this one are there to get you pointed in the right direction. They are not hard rules set in stone. Let us know in the comments what EDM song structure as you like to use. 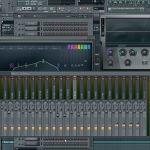 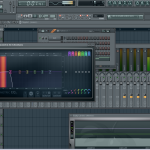 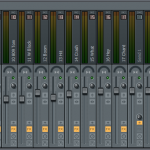